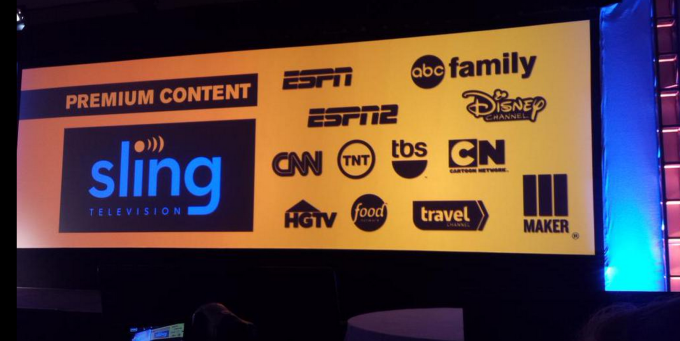 Dish Network’s big gamble on offering live TV in an online-only service began showing signs of paying off during the Douglas County company’s recent quarter. Pay-TV subscribers grew about 88,000 in the second quarter, ended June 30, compared to the first quarter of this year.
But growth of its Sling TV service wasn’t enough to offset the year-to-year decline in subscriber numbers. Dish reported a drop of 121,000 customers in the past 12 months. While Dish reported that Sling TV attracted 169,000 paying customers as of March 31, the company said it will no longer separate Sling from its traditional satellite TV customer base. Dish ended the June quarter with 13,932,000 subscribers, down from 14,053,000 a year ago.

“The linear TV business is mature and is now declining. It’s been declining since 2012,” Dish founder and CEO Charlie Ergen said during a Wednesday conference call. “…OTT (Over The Top, or its Sling online-video service) is growing. You have a point that there’s certainly more losses on the linear side than 80,000, but we haven’t broken that out because that’s not how we look at it.”

Analysts on the call tried to get officials to pinpoint the current Sling subscriber number (“300,000?” asked one), but Ergen said that the point is Dish is a TV business and it is pushing the lower-priced Sling TV service to customers who want a better deal on TV service. He did suggest that analysts triangulate the Sling number by using SAC costs, or the Subscriber Acquisition Cost, which is the cost of getting a new subscriber. On June 30, Dish’s SAC was $714. A year ago, it was $854.

Sling TV continues to be one of the leading new video services, and it is one of the only ones offering live TV online, plus channels like ESPN, HGTV and Disney. At $20 a month and no equipment, Sling’s CEO Roger Lynch said the biggest group of customers are the cord nevers who have never paid for TV. The second-largest group are the cord cutters who stopped paying for TV in recent years. Another smaller type of customers is supplemental users who still pay for other TV service.

Lynch added that people who do end their Sling subscription just may not see Sling as the right fit for them, but he didn’t know whether they were returning to traditional pay-TV service.

“But the things we see for people who do turn off is one of the big things (about Sling) is it is a single stream service,” so only one show can be watched at a time, he said. “They may want to watch ESPN, but their wife wants to watch something else. That is the single biggest reason.”

Dish also reported higher income of $324 million on revenues of $3.83 billion for the second quarter. A year ago, the company’s net income was $213 million on $3.69 billion.